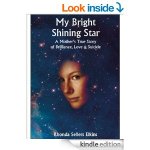 So I have had a bit of ‘writer’s block’ this summer, and haven’t written much at all. I was prompted to write something when Robin Williams died and this week I have been touched by the story of a grieving Mum, who could not live with her grief any longer and tragically took her own life, just over a year after she lost her perfect 23 year old daughter to suicide.

Most of the time I feel I am going through life on ‘auto-pilot’. It is as if something took over the day Toby died, like an artificial lung, breathing for me when I did not know how to breathe myself. I wonder about a zillion times a day how I can go on living and breathing and appearing outwardly ‘happy’ and ‘normal’, when my son who was my world, my universe and my raison d’etre is no longer here.

I miss Toby every day, I think of him every day a thousand times but alongside this I function. I care about my appearance, I eat healthy food, I do not abuse substances or alcohol and I do not take medication. I have had some counselling in the early days, but found it did not help very much.

I am ‘getting on with my life’ (I stress the inverted commas here). Then this week I have been stopped in my tracks and got immersed in the story of a perfect 23 year old young woman who tragically took her own life in April 2013, and her Mum who struggled so hard to come to terms with it but ultimately lost the battle.

When people think of ‘Anne Thorn’ my greatest wish is that they would talk about my strengths, my personality and not just the tragic woman who lost her only child to suicide.

Today is Sunday and I have a whole new life to look forward to, starting next week I will be going to University at the age of 58, which is slightly ridiculous but mostly wonderful.

I am aware that this may be emotionally difficult on many levels, not least because Toby was at University shortly before he died.

The lady who sadly lost her life recently was Rhonda Elkins and so I found myself reading the book she had written about her daughter Kaitlyn and about the profound impact her sudden and unexpected death had had on her and her family.

Rhonda made it clear at the beginning of the book that this was not a ‘book about how to recover from the loss of a loved one to suicide’ and sadly she never did recover. The truth is that none of us ever recover but some of us find ways to go on. This does not make us any more heroic than Rhonda, maybe it just means we have found our own ways to live with it.

What I found compelling about this book was reading about Kaitlyn her daughter. You could not have wanted for a more ‘perfect’ child. I empathised with Rhonda’s bewilderment and incomprehension that her daughter could possibly have been depressed and unhappy as she hid it so well.

She was really close to her mother and her sister and was brought up in a classic American dream family and had never expressed any feeling of feeling unhappy or depressed,  so why would she wake up one day and meticulously plan to end her life. She left letters to her parents, her sister, and her friends and even emailed the manager of her apartment building to warn him of her death so she would be found.

In contrast my son Toby, on the face of it, “failed” at so many things in life. He was clearly very bright but according to his school grades it would not appear that way. He was never sporty and preferred to sit in front of a computer screen for hours every day to playing football. He hated sports at school and rarely did any homework. He stopped going to school for 3 months when he was 15, no one ever really found out why. Then he went back and got 7 GCSEs grades A – C without ever doing any homework or revision. Instead of applauding him for going back the school sent me a letter telling me he was ‘under achieving’.

At school he was labelled ‘lazy’. No one ever thought to ask if he was depressed or had ADHD. I was a single Mum and he was an only child, so they probably blamed his upbringing. I could rarely brag about his achievements, he never stuck at anything. His school pulled out all the stops to get him onto a work experience placement, and despite me ordering him a taxi to take him every day, he only managed 2 days. When I asked him why he said they made him sweep the floor and make coffee and he was bored.

I am sure a lot of my friends and family just thought I was a useless parent and Toby was a bored, spoiled, lazy good for nothing. I had to fight for him all his life. I always stuck up for him and protected him, all the while wondering where I had gone wrong and constantly beating myself up for being a useless mother.

I only really found out how intelligent he was when he got picked out of hundreds of applicants for an IT apprenticeship at Barclays Bank. He had to sit aptitude tests and then attend a whole day assessment. They had about 800 applicants and ten positions and he got through and got selected.

Unfortunately after a year the programme got scrapped and he was laid off, but then I fought tooth and nail and helped him get a place at University. I wanted to believe in him, but the truth is I always expected him to give in. He did not appear to have any motivation or work ethic, and of course I blamed myself. He did get a place at University and for the first year all appeared well, but then in the second year he just stopped going to lectures and retreated into his on-line world of computer gaming, which was his only real love in life.

He dropped out of University and had no real prospects of getting a job and he was in debt. Of course I would have bailed him out and given him money and done anything to help him as I had done hundreds of times in the past, but it seemed he had reached the end of the road. He didn’t leave me a note.

So if you compare the story of Kaitlyn, the beautiful, perfect over achiever and Toby the flawed under achiever, the only things that are the same is that they were both 23 and both meticulously planned their own deaths and even used the same method.

So I believe there was a reason I was drawn to this story this week. I needed to know that depression killed both these young people, and depression is not a symptom of achievement or upbringing, they might just as likely have both been struck down by the same strain of cancer, there is no rhyme or reason for depression.  It can strike people with outwardly perfect lives and people with obvious struggles. The questions are still the same, and the impact is still the same.

I wish I had had the chance to write to Rhonda while she was alive and thank her for sharing her story and telling us about her beautiful daughter as it will help so many people. Maybe she needed to tell it before she went. I hope her family can understand that she died from the same disease as her daughter and no one is to blame. I hope they can find a way to live with two devastating losses in such a short space of time and carry on their Mom’s legacy. There are now two bright shining stars in heaven – reunited and at peace.

2 Responses to A bright shining star