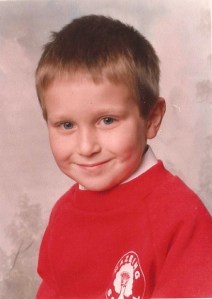 Guilt is an emotion that comes up again and again from parents, and reading the comments in my support group prompted me to publish this excerpt from the book ‘A Handbook for Survivors of Suicide’ by Jeffrey Jacskon who lost his wife. When I first read the words ‘You are not responsible for your loved one’s suicide in any way, shape, or form. ‘ I wept buckets as it was such a relief. I felt so responsible for Toby killing himself. After all I was his Mother. I needed someone to give me premission to let go of this belief and this book helped me do that. I hope it helps you if you are a parent reading this who has lost your child.

GUILT – extracted from ‘A Handbook for Surviviors of Suicide’ Jeffrey Jackson

Guilt is the one negative emotion that seems to be universal to all survivors of suicide, and overcoming it is perhaps our greatest obstacle on the path to healing. Guilt is your worst enemy, because it is a false accusation.

You are not responsible for your loved one’s suicide in any way, shape, or form.

Write it down. Say it to yourself over and over again, (even when it feels false).

Tattoo it onto your brain.

Because it’s the truth.

Why do suicide survivors tend to blame themselves?

Psychiatrists theorize that human nature subconsciously resists so strongly the idea that we cannot control all the events of our lives that we would rather fault ourselves for a tragic occurrence than accept our inability to prevent it.

“Guilt is what we feel when we place our anger where it doesn’t belong—on ourselves.”

Simply put, we don’t like admitting to ourselves that we’re only human, so we blame ourselves instead.

One of the most unusual aspects of survivor guilt is that it is usually a solo trip— each survivor tends to blame primarily themselves. Try asking another person who is also mourning your lost loved one about any guilt feelings that are haunting them. Chances are you will find that each person—no matter how close or removed they were from the suicide victim—willingly takes the lion’s share of blame on themselves. If they were the one closest to the deceased then they theorize, “I should’ve known exactly what was going on in their mind.” If they were distanced from that person, they feel, “If I’d only been closer to them…” Well, you can’t all tbe to blame, can you? Isn’t it far more logical that none of you are responsible?

Well, then who is? The simple truth of the matter is that only one person is responsible for any suicide: the victim. But that’s a tough pill to swallow, so instead of ascribing responsibility to our suffering loved one, we nobly sacrifice by taking it on ourselves. It’s understandable to feel such love and empathy toward the person we lost that we are loathe to place blame on them. The key lies in understanding the difference between blame and responsibility. Blame is accusatory and judgmental, but assigning responsibility need only be a simple acknowledgement of fact. It’s unclear how much control, if any, suicide victims have over their actions.

And if clinical depression is at the root, then we could easily think of suicides as victims of disease, just like cancer victims. This is why a person who dies by suicide doesn’t deserve blame. However, on some level, there was a conscious choice made by that person, even if it was made with a clouded mind. So the responsibility does lie with them.

Guilt is anger turned inward. Suicide produces many painful and confusing emotions in survivors, one of which is frustration at being so violently cut off from the victim—from the chance to help them, talk with them, or even simply to say goodbye. This frustration produces anger, and when we turn this anger upon ourselves, the result is guilt.

Guilt can also come from an unfounded assumption that others are silently blaming us. Both parents and spouses express fear that the world at large will brand them as failures in their respective roles because of the suicide. While some small-minded people may think or even speak such accusations, most will not, so don’t project negative thoughts onto others by judging yourself for them.

Parents of children who die by suicide often battle an added type of guilt. Even if they do not blame themselves for not directly intervening in the suicidal act, they often feel guilt over some perceived mistake in raising their children. “Where did I go wrong?,” “I pushed them too hard.” And “If we hadn’t gotten divorced…” are just a few on the list of self-recriminations. But parents need to remind themselves that, while they have great influence over their children’s lives, they do not personally create every aspect of their children’s being, as a sculptor carves a statue. From their earliest years, children are shaped by an assortment of outside influences beyond the control of parents. Even children and teenagers have to bear responsibility for their actions.

Moving forward with your life brings its own dose of guilt.

Whether it’s returning to the simple routine of daily subsistence or embarking on new journeys in life, survivors often feel as if this is some affront to the person we’ve lost. “How can I live knowing they’re not here?” your mind may taunt you. Your strength lies in knowing that, while your lost loved one has chosen death, you have chosen life—and life is a gift that we honour by living.

A guilt-busting exercise: Make a list of all the things that you did to help and comfort your lost loved one. You’ll probably find the list is longer than you realized.

A tale of two mothers

There were two young women who died by suicide, both about the same age, both after a years-long battle with depression. Each had made several suicide attempts. They would refuse professional help and stop taking their medication just when it seemed to begin helping.

Fearing for her life, the first woman’s mother had her committed—against her wishes—to a psychiatric clinic for treatment. While there, despite being on “suicide watch,” the young girl asphyxiated herself with her bedsheets.

The second woman’s mother constantly urged her daughter to seek professional help. However, fearing that she would worsen her daughter’s depression, she refused to force her into any kind of institutionalized care. One day, she killed herself with an overdose of medication. Afterwards, both mothers blamed themselves for not preventing their daughter’s suicides.

The irony is that each blamed themselves for not doing exactly what the other one did.

We often fail to realize that, even if we could turn back the clock and do things differently, it wouldn’t necessarily change the outcome.